Behind Nevada’s special-ed difficulties, as well as those of every state in the union, is a real, broader problem

It’s a difficulty, unfortunately, with the federal Individuals with Disabilities Education Act itself.

At root, IDEA was an attempt to circumvent the dark side of human nature — the springs behind humanity’s long history of exclusion and prejudice that victimizes children with disabilities.

But the attempt was made without actually understanding the engine behind that darkness.

When the IDEA legislation was first structured in the mid-1970s and even later, when revised, it preceded many of the most illuminating findings of recent neuroscientific research.

Even as late as 1987, for example, child psychiatry had not yet embraced the neurosciences. 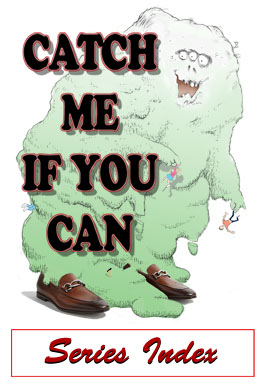 The IDEA legislation, therefore, relied upon the assumptions natural at the time to the politicians, lawyers, government regulators and special-needs advocates involved in the legislation’s progress into law.

Their consensus was that new laws, new federal money and unfunded mandates, new federal and state bureaucracies and many, many new regulations could, in this area, drive out the darkness in human behavior.

However, as observed long ago by the Roman sage Horace, “You can drive Nature out with a pitchfork, but always she comes back.” Or, in the more recent words of neuroscientist Bruce D. Perry, “We ignore our social nature — and our propensity to form groups, both positive and negative — at everyone’s peril.”

In the case of special education, the critical aspect of our social nature appears to be that human empathy has a Janus face. Although our capacity for empathy underlies virtually everything that makes society work —trust, collaboration, generalized good will, love and charity — its flip side is a key contributor to the inhuman abuse of other human beings.

Perry and co-author Maia Szalavitz, in their 2010 book, Born for Love, illustrate that point by the case of a boy born with a massive dark blotch on his face.

“A terrible irony here,” they write, “is that empathy itself may help create the high levels of disgust many people experience when seeing people with facial injuries or defects:

Empathy and disgust, in fact, are mediated in part by the same brain region — and having a high level of one may be linked with having high levels of the other. One reason people seem to respond instinctively with horror to malformed faces is because they imagine that having the defect is painful or that it must be unbearable to have others respond to you by flinching. The distress that this produces in the viewer may be so intensely upsetting that they respond not by being kind or reaching out to the victim, but by avoidance. The emotions aroused by feeling deeply empathetic may actually sometimes prevent a genuinely kind and empathic response! (Emphasis added.)

Documenting this paradox, Perry and Szalavitz cite several research studies. All appear quite relevant to the recurrent phenomenon of school personnel in or out of the enclosed classrooms ignoring the instructional needs of their autistic charges or, worse, “losing it,” and striking, or otherwise turning sadistic against the youngsters.

Two of the studies focused on what might be called humankind’s “default” tendencies by closely observing the spontaneous reactions of youngsters:

A third highly significant study showed that adults, too, have these same reactions. The most empathetic nurses, it was discovered, were also the most likely to avoid dying patients early in their training — until they had learned to cope with the distress experienced from their reflexively deep empathy.

This “over-empathy,” note Perry and Szalavitz, “can look from the outside like selfishness — and even produce selfish behavior.”

Because the education of children with disabilities self-evidently selects for highly empathetic individuals — even more than does the teaching of children generally — this research into the darker side of empathy also illuminates special education’s own perennial shadow.

Significantly, this flip side of the empathy response appears to be not trivial, but firmly anchored in man’s evolutionary history:

… we evolved in a world [write Perry and Szalavitz], where for thousands of generations, the major threats to any individual were other humans, typically strangers. Unlike other animals, the most lethal predators we faced were our own kind — not members of different species.

Early in human history, seeing a new person, a new face in an interaction, meant that there was another clan nearby — competing for the same water, fruits, game, caves. This new person was as likely to attack you, drive you away, steal your camping site, take the young, and rape the women of your band as he was to decide to negotiate and cooperate. Across generations, wariness of new individuals, groups, and ideas was built into the circuits of the human brain’s alarm response because those who had this wariness were more likely to survive to reproduce. It was just safer to assume danger — to expect the worst — than to count on the kindness of strangers.

Thus, over thousands of generations of evolutionary selection,

…the brain developed the capacity to read nonverbal cues, many of which are communicated via changes in facial expression. The brain has special face and expression recognition capabilities, which should be the envy of the Department of Homeland Security. There’s a whole region of the cortex devoted to recognizing faces called the “fusiform gyrus.” Through a process of “matching” expressions and faces with prior experiences of them, the brain makes decisions about threat and safety.

There are a host of interesting implications to this — including potential insights into how this neurobiological tendency for tribalism can contribute to group conflict, racism, nationalism, and a set of other unhealthy, nonproductive human characteristics. (Emphasis added.)

This is why Perry argues that we ignore the particularities of human social nature at our collective peril:

[And while] empathy for “people like us” may not have originated in acts of hatred and warfare against “people like them,” it is deeply influenced by group identity. Not just teens but also adults need to stay aware of group influence on values and choose friends, other social groups — even employers with care.

De facto “tribalistic” alliances, of course, saturate human society and, thus, large organizations such as CCSD. Whether it is school principals vis-à-vis teachers, administrators versus central-office brass, support-staff employees versus licensed teachers, jocks versus non-jocks, “brains” versus bullies, the popular kids versus the marginal, besties, homies, race “bros,” etc., etc., the human compulsion to bond into like-member groups — “us” versus “them” — is always active.

Unfortunately, therefore, nonverbal autistic kids — seen as weird and uncommunicative by “neurotypicals”— are exceptionally likely to become the brushed-aside “them” for district administrators writing budgets, for school principals trying to implement “lawful-enough” IEP plans, and for underpaid and overstressed special ed teachers and aides about to blow their tops.

Thus, as all the lawsuits against Nevada public schools should have made clear by now, the contemporary Silver State model for special education no longer suffices. As currently structured, it is all too complicit, reflexively, with the darker side of human nature — a nature that, ignoring all the reasonable rules written into federal, state and school-district regulations — regularly reveals itself.

The question for Nevada lawmakers is: How long?

This problem is only going to grow — as does the population of neurodiverse children also.

Consider that in 2002, the U.S. Centers for Disease Control reported that under one percent (0.66%) were on the autism spectrum. This year the CDC put the proportion at one out of 59, or 1.69 percent.

That means that in just 16 years, the recognized neurodiverse population has expanded by over 250 percent.

So, how long is the “Catch Me If You Can” inhumanity documented by this series going to be allowed to continue in Nevada?

As federal magistrate judge Peggy Leen recently observed to CCSD’s lead litigator, the key question is now whether the district is “deliberately indifferent” to the abuse regularly perpetrated against nonverbal special-needs children.

“Because,” she added, “people are doing this left and right and you’re not doing anything about it.”

So it’s clear: Nevada’s families with special-needs children need relief — alternatives to a state public-school monopoly that, in this area, is clearly dysfunctional.

Indeed, the public schools themselves also need relief. In part, their dysfunctionality here stems from very understandable conceptual errors that were built into the fabric of the federal IDEA legislation.

And it’s not as though other states have not recognized this reality and, on their own, come up with workable solutions that relieve some of the pressure and fill the gaps.

Florida, with its choice-friendly McKay and Gardiner scholarships, addresses the needs of many special-needs families directly. These programs not only save state money across the board, but allow Florida to now excel 46 of the 50 states in student performance metrics.

Nevada, too, has many special-needs families who would very much prefer ESA-style debit accounts. In the course of this Nevada Journal reporting project, they’ve made that very clear.