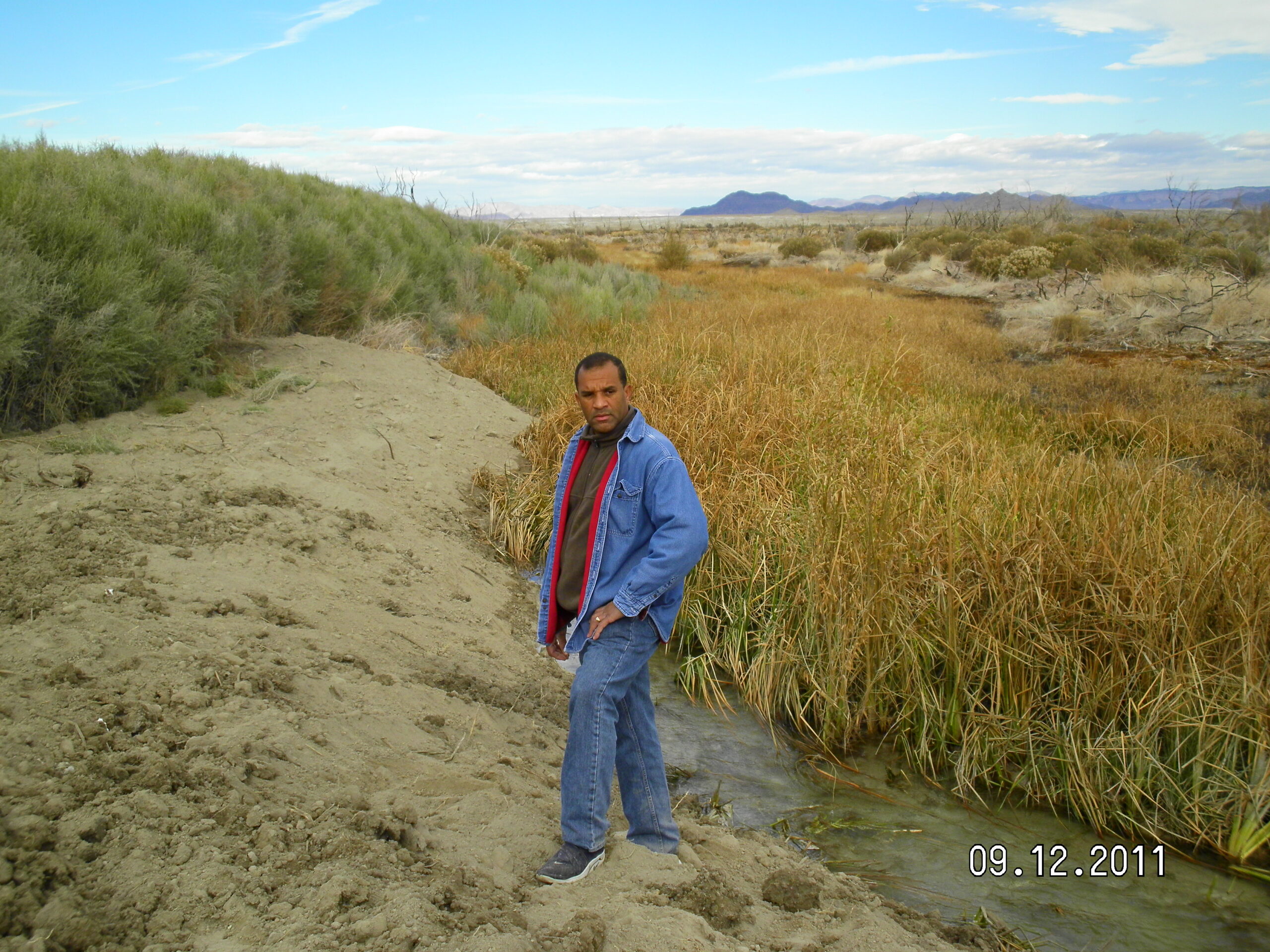 Today, however, Fuentes is once again facing intrusive, abusive government power: An autocratic U.S. Fish and Wildlife Service illegally rerouted two streams that historically flowed through his Pahrump church camp. Less than three weeks after the rerouting, the stream overflowed the poorly engineered new banks during a rain storm, producing destructive flooding and severe property damage at the camp.

“In Cuba, I had this beautiful image of America as a place of freedom and liberty, and this situation has completely damaged that image,” said Fuentes.

After being granted asylum, Fuentes was relocated to Las Vegas with hopes of bringing his ailing mother to the United States for medical care. A group of Cuban nationals living in Las Vegas he met were willing to help him on one condition: that in exchange for securing his mother’s transport from Cuba, Fuentes would take part in their illegal drug distribution scheme.

Within a year of Fuentes’ involvement, the scheme was busted, and he found himself sentenced to three years in federal prison. As a result, Fuentes was never able to bring his mother from Cuba.

During his prison sentence, however, Fuentes was introduced to something that Castro’s regime had banned for Cuban citizens: religion.

“The Lord saved me from my evil,” said Fuentes. “I became a completely different person and wanted to start helping people the moment I stepped out.”

Fuentes committed himself to Bible study, and upon release from prison became an ordained minister. Using his personal story as inspiration, he began serving as a youth minister in Las Vegas. In 2004, Fuentes and his wife, Annette, whom he’d known prior to his prison sentence, formed their own church, The Ministerio Roco Solida Church (Solid Rock Church).

“It was wonderful watching the church grow and become a gathering place for so many people,” said Annette Fuentes. 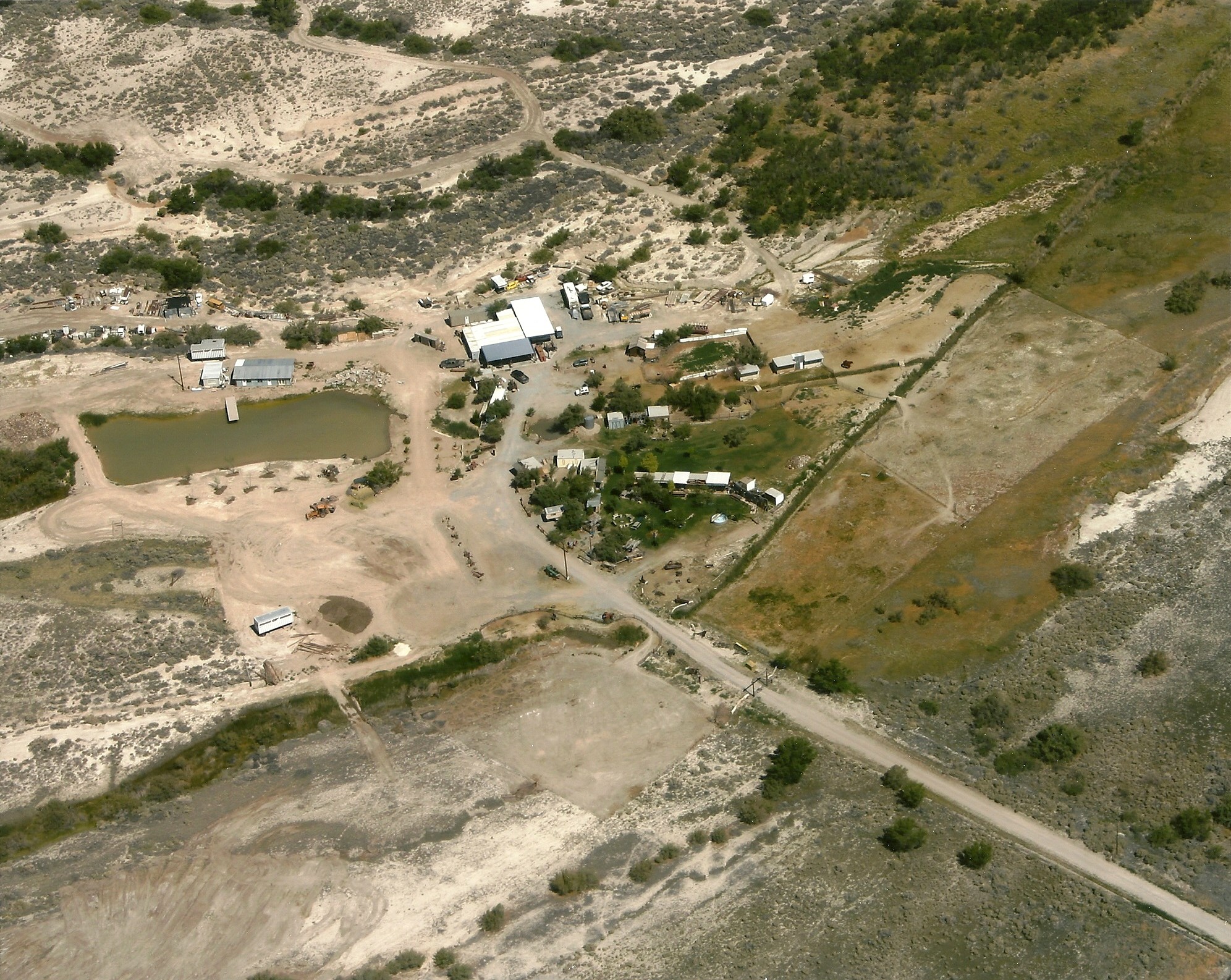 Aerial view of the Patch of Heaven property before the December 23, 2010, flood.

In 2006, the flourishing church purchased a 40-acre, Wild West-themed camp in Amargosa Valley for $500,000, using a combination of member contributions and Victor and Annette’s own money. After purchasing the property, they spent another $700,000 refurbishing buildings, installing a septic system and retrofitting elements of the camp — which they renamed “Patch of Heaven.”

By 2010, Patch of Heaven was booked “nearly every weekend” with church groups and campers, said Victor. The main attractions of the camp were two spring-fed streams flowing through the property and a swimming pond. The church used the streams for baptisms, and the entire property was treated as an “oasis for anyone seeking God.”

“We are providing a service, by freeing people from problems that could cost the government money,” said Victor. “People came to our camp for the water, and for a chance to be reborn.”

In the fall of 2010, the U.S. Fish and Wildlife Service began rerouting the streams away from the camp. The streams — which had flowed through the property since the 1800s — were summarily diverted to go around the camp, cutting off its recreational and baptismal waters.

U.S. Fish and Wildlife completed the rerouting project in early December 2010. On Dec. 23, just before Christmas, rain waters raised the stream waters over the federal agency’s constructed banks, flooding Patch of Heaven. The camp was submerged in mud and muddy waters, severely damaging the buildings and other property. 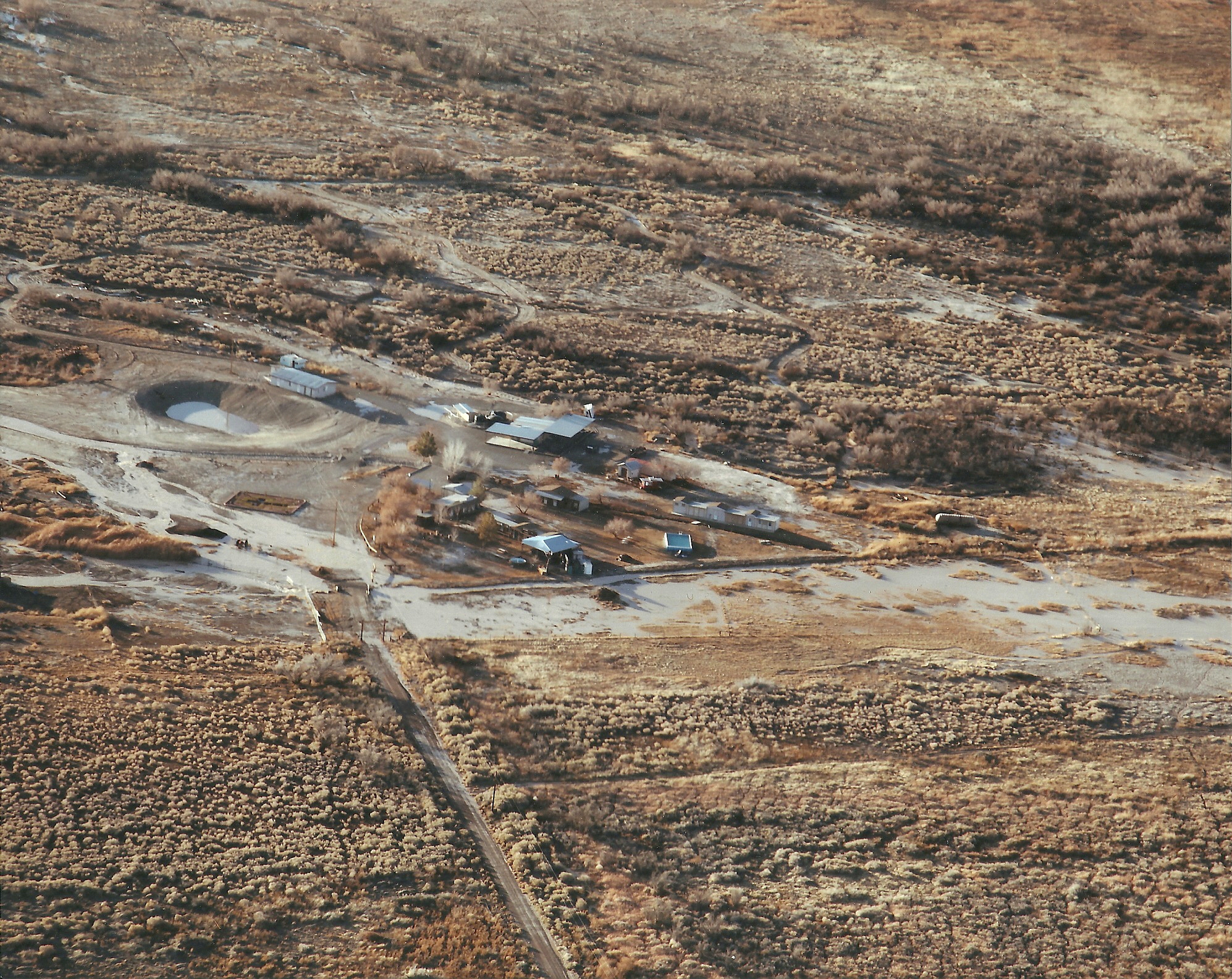 “It was devastating,” Annette recalled. “Seeing all the work we put into [the camp] ruined by some type of government negligence was unbelievable.”

In addition to the structural damage, she and Victor say, the overall value of the camp property is now significantly less. Not only has the camp been deprived of its water source, it is now on a government-created flood plain.

The Fuenteses reached out to several government officials for help, but received few responses.

“The government acts like a separate entity from the people — they are there, and we are here,” Victor Fuentes told Nevada Journal when a reporter visited the camp.

In the year since the flooding, the Fuenteses have fixed most of the damaged buildings. The pond remains dried up, however, and the number of people coming to the church camp has decreased sharply. 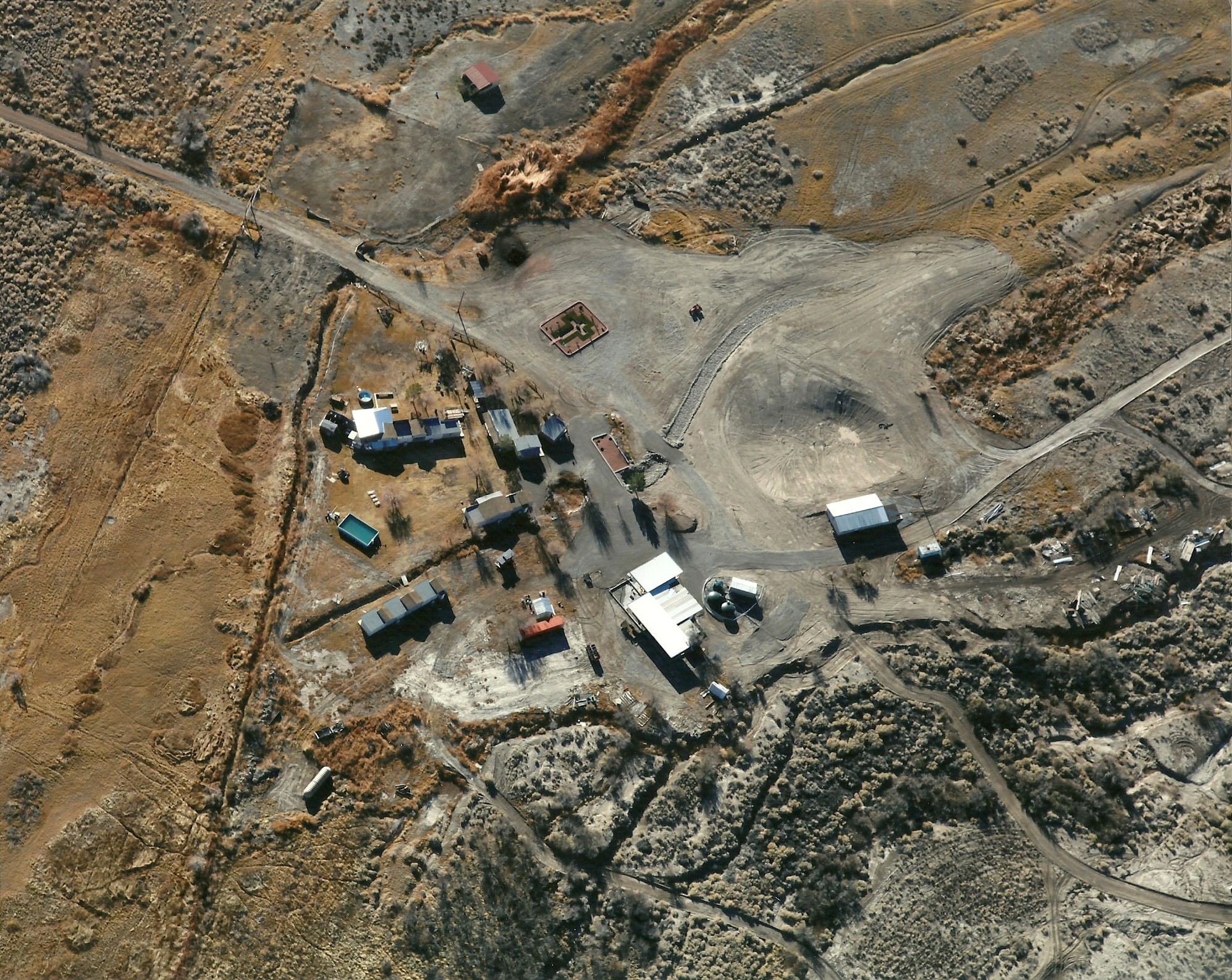 Patch of Heaven after the flood receded. The rerouted streams dried up the property’s swimming pond and baptismal stream.

“I came to this country because I didn’t want the government’s hands on me,” said Victor Fuentes.

“I fled that government. That’s not the government I wanted to find here.”

On Jan. 16, 2012, NPRI’s Center for Justice and Constitutional Litigation announced it would file a claim against the U.S. Fish and Wildlife Service seeking more than $86,000 in damages on behalf of the Ministerio Roco Solida Church. The claim covers the damage done to Patch of Heaven during the December 2010 flooding. 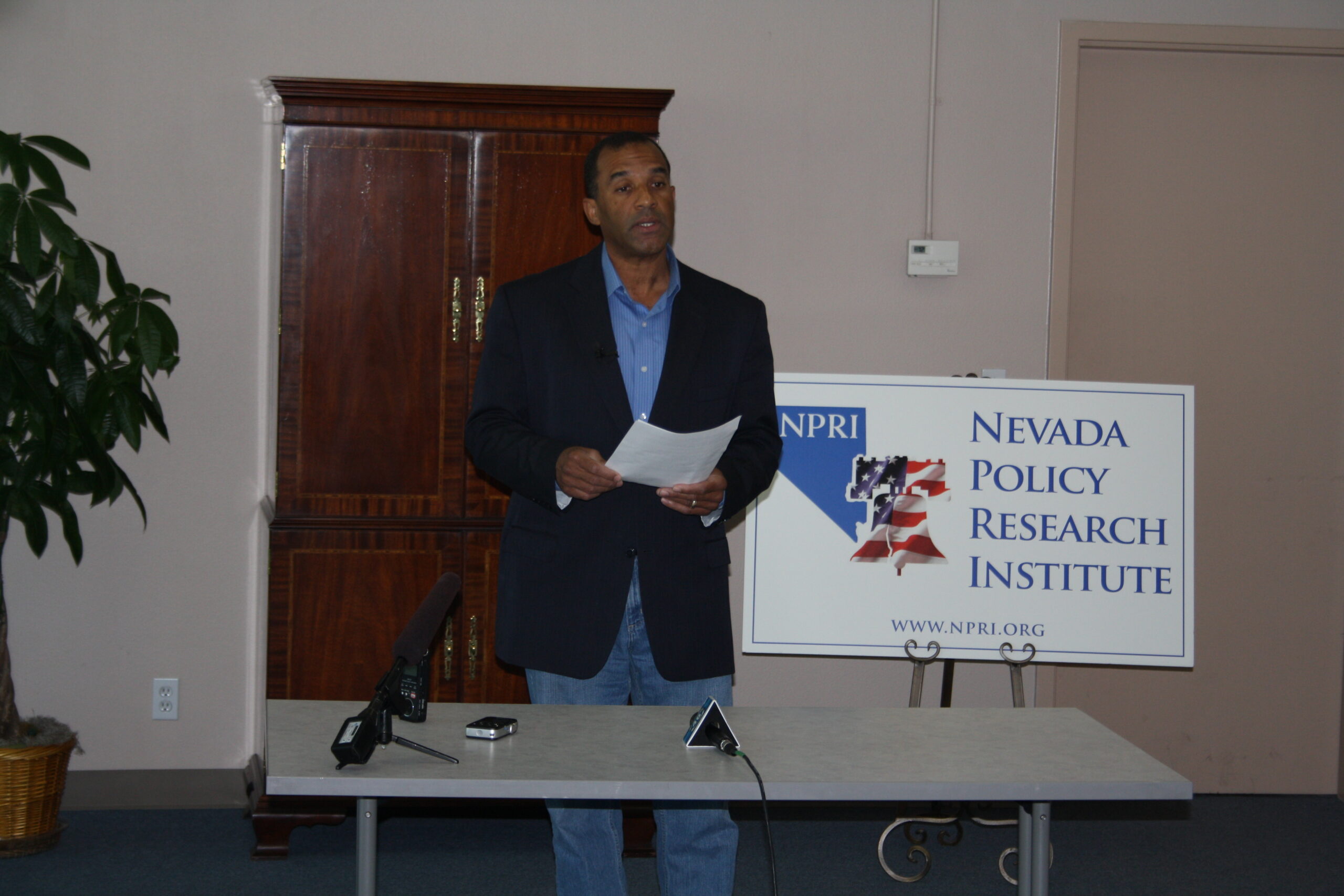 Victor Fuentes (above) answers questions at a January 16, 2012 press conference announcing the CJCL’s lawsuit against the U.S Fish and Wildlife Service.

“In these types of situations — even when the government agency is clearly wrong — federal agencies often win by default because private individuals are intimidated and unable to stand up to the federal government,” said Joseph Becker, chief legal officer and director of the CJCL. “That’s not going to happen in this case.”

The U.S Fish and Wildlife Service will have six months to respond to the CJCL’s claim.

Kyle Gillis is an investigative reporter with Nevada Journal. For more visit https://nevadajournal.com and http://npri.org. For more on the Fuentes’ case visit http://justice.npri.org/cases/justice-for-victor-fuentes/.