Despite repeated promises of backers, government takeover of monorail looms

The Las Vegas Monorail — despite years of protestations to the contrary — is still seeking a shotgun marriage with Nevada taxpayers, hearings in U.S. bankruptcy court confirmed this week.

Moreover, the odds of monorail insiders accomplishing their long-held goal of making Clark County government take the system over appear to be growing ever stronger.

In that effort, the monorail appears to be succeeding — by failing. 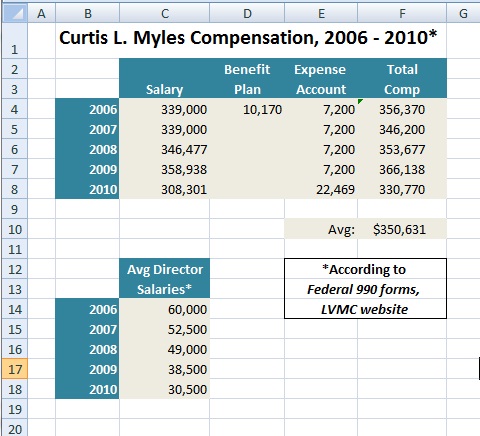 In 2006, the casino-servicing “nonprofit” quit paying on its $660 million debt — while continuing to pay lavish salaries to insiders like CEO Curtis Myles III. His annual compensation over the five-year period, 2006 through 2010, averaged $350,631.

Now, the monorail’s remaining tier-one bondholders — desperate to minimize their losses — have agreed to a reorganization plan that would erase the $450 million they are owed.  In exchange, they would accept new promises from the monorail: that it will pay them, down the road, approximately one-tenth of that sum: $44.5 million. The alternative — taking ownership of the system’s assets — might yield a mere $8.5 million.

Under the plan, other bondholders — the second and third tier, owed some $207 million — are simply wiped out.

While Judge Bruce Markell ordered hearings this week in U.S. bankruptcy court to help him determine whether the monorail plan even makes financial sense, to some extent that question is merely academic: Whether the judge chooses to confirm the plan or not, virtually all roads still lead to a county — or, possibly, state — takeover.

Say that Markell does not confirm the reorganization plan. Then, the belly-up company — absent some near-divine financial intervention — will almost certainly soon run out of the maintenance and capital-equipment-replacement funds it needs to continue operating.

Las Vegas would then face the very real prospect of a huge, dead, mechanical white elephant sprawling across its world-famous resort corridor — an image of failure and depression that would be lethal for tourism and the city’s economic-revival hopes.

Conceivably, the monorail infrastructure could simply be torn down and removed, using the security deposit that the LVMC placed with Clark County for such an eventuality. But is it plausible that county commissioners would, at this late date, suddenly deprive Strip gaming moguls of their people-mover to the Las Vegas Convention Center?

Thus, long before any dire situation would be allowed to arise, county commissioners — with whatever assistance they would need from the State of Nevada — most likely would take decisive action.

But what about the alternative possibility — that Judge Markell might confirm the LVMC’s reorganization plan?

As the judge’s cross-examination of the monorail CEO and a top advisor made clear Monday, there are ample reasons to doubt that the reorganization plan, even if approved, will work.

“How can I confirm a plan,” he continued, “that admits that there are going to be significant capital expenditures required in 2019 or earlier, and certainly by 2025, that are not accounted for, nor is there any credible evidence that they can be met by the debtors’ ability to generate cash?

“Finally, under feasibility, how can I confirm a plan in which [the] total debt structure imposed … is more than twice what both witnesses indicated they thought the reorganization value of the company is?”

Those questions — presented to monorail attorney William N. Noall on Monday by Markell — show how serious the challenges the LVMC will face are — even if the court confirms the reorganization plan.

CEO Curtis Myles III and restructuring advisor Matthew Kvarda told the judge that, at present, they see only three “up-side” possibilities under which the company could quit running deficits:

1)      The monorail might pick up from 240,000 to 480,000 new riders a year from the Project Linq “observation wheel” entertainment development being planned by Caesar’s Entertainment on the Strip;

2)      The monorail might pick up about 65,000 new riders annually if the planned, but still indefinite, re-opening of the Sahara hotel-casino occurs;

3)      The monorail might be able, by changing its legal relationship to the state or the county, to receive significant federal grants and subsidies.

None of the three scenarios were included in the reorganization plan’s revenue projections, said Myles, given their highly tentative nature. But he did reveal that the possibility of federal money is something he and the monorail board have, since 2006, been pursuing vigorously — talking to U.S. Transportation Department officials “several times” every year.

With the federal funders, however, the talks regularly ran into two primary obstacles, said Myles. One was the monorail’s massive debt, on which the company was not paying. The second was the fact that the monorail was not, in federal transportation parlance, a “grant-eligible” entity — i.e., it lacked the appropriate “legal relationship with the state, or an entity of the state.”

What exactly characterizes such a “legal relationship”? Federal Transit Administration rules suggest it would entail the monorail becoming a legal instrument of the local municipality. Afterward, it would be the municipality — the county or the city — that receives the federal dollars and assumes responsibility “for the daily administration and management of the grant in compliance with the grant agreement and applicable FTA circulars and regulations.”

For all intents and purposes, therefore, the monorail would become a city or county agency — for which the ultimate financial responsibility passes to taxpayers.

Myles indicated that, by declaring bankruptcy and shedding the hundreds-of-millions-of-dollars obligation to bondholders, the LVMC now expects to surmount the first obstacle to getting the federal dollars.

To deal with the second obstacle to receiving those funds, Myles said, “we’ve had some discussions with various parties around the community about becoming a grant-eligible entity — either directly, or through a legal relationship.”

Nevada residents were repeatedly promised at the kickoff of the monorail project, in 2000 and the years before, that they would never get stuck with its tab or have to bail it out.

However, at that very time, monorail proponents were also busy writing provisions into Clark County ordinances to facilitate transfer of the monorail to the county, when the time was right.

Title 5 of the Clark County Code of Ordinances sets forth several ways that Clark County can assume ownership of the monorail:

·         It can be taken through eminent domain. If it does, however, it must provide the casinos the same service, at “fares and performance conforming to those existing at the time of acquisition, for a period necessary to protect the usefulness of the monorail to the franchisee.”

·         The monorail company can simply abandon the system. Then the county, after providing LVMC with notice and “a reasonable opportunity to cure,” can take it over, and “the monorail shall be deemed voluntarily transferred to the county.”

·         Finally, the county can also acquire the monorail through “voluntary transfer,” in which “the county and franchisee may mutually agree to any terms.”

Absent an undiscussed possibility — or the political courage to tear it down — a government takeover of the monorail seems inevitable. It also raises a serious question: Was this outcome, contrary to promises to the public, the monorail backers’ long-term plan all along?