LAS VEGAS — Remember the Nevada dad who was told it would cost him over $10,000 to see the records the State of Nevada has on his children, a story first reported by Nevada Journal?

He’s been allowed to view those records — without being charged — following intervention by the federal Department of Education. Student information warehoused in the Nevada State Longitudinal Data System, said federal officials, constitutes education records under the Family Education Rights and Privacy Act and therefore must be open to inspection by parents. 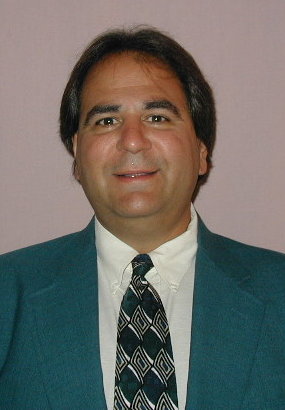 John Eppolito, the father of four faced with paying $10,194, told Nevada Journal last week that after months of battling with the Nevada Department of Education (NDE), he and his wife were finally allowed to review the records housed on his children in the department’s database.

While Eppolito said it would have taken more than a full day to review and understand all the data, in the four hours he spent reviewing the information, he identified more than 30 erroneous addresses associated with his children.

“These are just four kids,” he said. “How many others?”

NDE uploads and stores more than 800 points of data daily on each public school student, and Eppolito earlier this year asked department officials to see the records on his four children.

State officials responded that the state’s $10 million K-12 data collection program — called the “System of Accountability Information Network,” or SAIN — “was not designed for student-level inspection” and informed Eppolito it would cost him $10,194 to see the information because the state would have to do a “data dump” and create the programming required to produce a “report.”

Eppolito, however, had not asked the state for a report. He simply asked to “see” the information regarding his children that NDE maintained in its database.

Federal law — the Family Education Rights and Privacy Act — entitles parents to review and inspect their children’s educational records, at no cost, regardless of whether they are maintained by the school, district or state.

Conversations with officials at the federal U.S. Family Policy Compliance Office also suggested the possibility that NDE was in violation of the Act.

Nevada Journal contacted NDE, citing federal officials’ statement that the state was “supposed to provide [parents] the opportunity to inspect and review [records] upon request,” and that “there shouldn’t be a fee for inspecting and reviewing the records.”

Nevada State Superintendent of Education Dale Erquiaga then sought formal direction from federal officials, asking specifically, in part, if data maintained in the State Longitudinal Data System were in fact “education records” and whether NDE had to write a computer program interpreting the data in order to respond to the parent’s request to inspect and review his children’s education records.

King’s advisory letter noted that the U.S. Congress in 1994 had amended the FERPA law “so that parents would have the right to inspect and review education records maintained by an SEA” — a “state education agency,” in fed-speak. He then also noted that “FERPA defines ‘education records’ as information directly related to a ‘student.’”

That essentially nullified the legal position the state had been arguing — that no “records” exist on the Eppolito children because SAIN’s student data do not constitute “records” under the law — records allegedly being documents — and neither FERPA nor Nevada’s public records laws require the state to create records.

“Some have argued that FERPA, specifically 34 C.F.R. §99.10(b), requires NDE to create a program to enable it to identify and extract individual-level data,” wrote former Nevada Deputy Attorney General Carrie Parker in a May 14, 2014, legal memorandum to Erquiaga. “A review of FERPA, its corresponding regulations, and associated case law reveals no such requirement. Additionally, no such requirement exists in state law.”

King’s letter to Erquiaga, however, immediately cut to the heart of the issue by noting, in its second paragraph, that what Nevada school districts upload to the state, on a nightly basis, are “each student’s current data record.” (Emphasis added.)

…[P]arents have the right to review education records maintained by an SEA on their children who are or have been in attendance at any educational agency or institution that is subject to FERPA. Accordingly, records that are directly related to students and maintained by the [Nevada Department of Education] (or SLDS) are ‘education records’ for purposes of FERPA’s inspect and review provisions.

Federal compliance director King also cites FERPA implementing regulation 34 CFR §99.10, including §99.10(d), which specifically provides that if circumstances effectively prevent a parent from exercising the right to inspect and review a student’s education records, the SEA “shall,” in part:

(1) Provide the parent or eligible student with a copy of the records requested.

The department would not generally be required to create a new, interpretive record or document for a parent, King said. “However,” he continued, NDE “would be required to respond to reasonable requests for explanations and interpretations of records.”

Heather Kays, a research fellow at the Heartland Institute and managing editor of School Reform News, told Nevada Journal, “It was and is unacceptable for the Nevada Department of Education officials to think that they had a right to track student data and not provide access to the same information to parents. FERPA exists specifically for cases like this to protect student privacy and parental rights.”

Given the numerous mistakes reported regarding Eppolito’s children, Nevada Journal asked NDE if it was taking any steps to ensure the accuracy of all student information in the SAIN system.

Judy Osgood, NDE’s public information officer, replied that the department has a number of steps to validate data to ensure accuracy of data fields. The processes, she said, are employed for routine business such as attendance/student counts and assessments.

As for student addresses, Osgood explained they “are not used by the state except for a step in the generation of a unique student identification, albeit an ancillary use.”

According to the state’s NV 2012 SLDS Project Feasibility Study Report, however, student addresses are actually key elements in student “identifiers.”

Student addresses and ID numbers are “Bio Demographic Attribute Elements” used in the generation of a “Unique State Personal Identifier” as part of Nevada’s goal to develop a Matching Data Hub to assign unique state ID numbers to individuals “so that students and teachers can be followed throughout their enrollment in PreK-12 and postsecondary education and into the workforce,” according to the report.(Emphasis added.)

Eppolito’s experience, however, has demonstrated that the information in these tracking systems may not be accurate, and thus not reliable.

When asked how the Eppolito misinformation got into the state’s system, Osgood replied that the state does not enter any data into SAIN and that “all information in SAIN is collected by local school districts and transferred to SAIN.”

Eppolito said it’s disingenuous for Osgood to say NDE doesn’t enter information into SAIN, because they did.

When Eppolito found the inaccuracies in his children’s’ records, NDE sent him back to Washoe County School District to verify the information there. However, the records in the school district’s information system were correct.

“During the meeting we pulled a few of the erroneous addresses,” WCSD’s Chief Academic Manger Scott Bailey wrote to NDE officials. “His children did not populate as related to any of the addresses. Other students enrolled in the District were associated to these addresses, but not Mr. Eppolito’s children. We are unable to find a connection between Mr. Eppolito’s family and the addresses in question.”

Osgood said that NDE is not aware of any bug or system issue that would cause data inaccuracy and that when it becomes aware that any of its records are incorrect, it takes steps to correct that information.

Eppolito said he has been informed by NDE — but has not physically verified — that the information pertaining to his two oldest children has been corrected. He still awaits an update on the information regarding his younger children.

“So, it’s inaccurate that NDE can’t manipulate the SAIN information, because they did,” Eppolito said

“How did they fix the two older children otherwise?” Eppolito asked, noting again that information at WCSD was correct.

Osgood, in an email, said the best way for parents to ensure the accuracy of information warehoused by the state is to “ensure the data are correct at the district.”

Eppolito advised differently, reminding parents that the information on his children was correct in the Washoe County School District’s system. The errors, he stressed, existed within the state’s database system.

Moreover, he said, the state’s data exists in an unreadable format.

“Parents don’t know what the codes mean,” Eppolito said. “Who knows what else is getting mixed up?”

NDE has updated its practices so parents have access to student information in person, Osgood said. The department will respond to any appropriate parental request to view their student’s data.

Parents who want to inspect their child’s information maintained in the state’s data system may contact Glenn Meyer, the IT Manager for NDE at 775-687-9126.

Karen Gray is a reporter/researcher with Nevada Journal. For more in-depth reporting, visit nevadajournal.com and npri.org.