Democrats in the 2019 Legislature once again passed an unconstitutional fee increase on Nevada motorists.

The DMV had started this project way back in 2015… but apparently, it needs more money to wrap things up.

Which is unsurprising when you see how well it’s first attempt went. Originally, a $75 million contract was given to a tech company headquartered in Mumbai, India—and things pretty much went downhill from there. 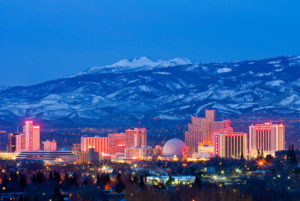 After wasting more than $25 million with the firm on “unusable technology,” the DMV had to terminate the contract because there was… well, a communications problem.

Namely, no one at the tech company could actually speak English with DMV staff… According to a 2017 audit, the DMV was receiving “unusable” reports from personnel who were “not proficient in English”.

Unsurprisingly, such a breakdown in communications resulted in less-than-stellar results. And the DMV basically had to start over from scratch.

In other words, Nevada Dems decided to extend this DMV fee, because government had wasted tens of millions of dollars on its first attempt to join the 21st century.

Longtime state government employee Troy Dillard, who headed the DMV at the time, retired right before the contract was issued and actually went to work for the contractor.

Then, Dems decided to reinstitute the fee this year—and they did so without the constitutionally required two-thirds majority.

The Nevada constitution is very clear on the issue of needing a supermajority to raise revenue — and unlike the reports the DMV received from its original contractor, the constitution is actually written in English:

It says a two-thirds majority is needed to pass any bill or joint resolution which “creates, generates or increases ANY public Revenue in ANY form.”

Passing a bill to change current law, and imposing this $1 fee for two more years is — without question — a way to increase revenue.

And Democrats didn’t get two-thirds support in the legislature.

Does anyone know how to say “lawsuit” in a language that this legislature’s leadership would understand?