LAS VEGAS — Mike Little was captain of his Division I college football team. He’s also an accomplished architect. But what he’s most passionate about, the potential of his green-energy business, keeps eluding him, because of hostile government bureaucracies.

“I don’t know what they’re thinking,” said Little. “This could be a major economic development if they’d get out of the way and let everything come together.” 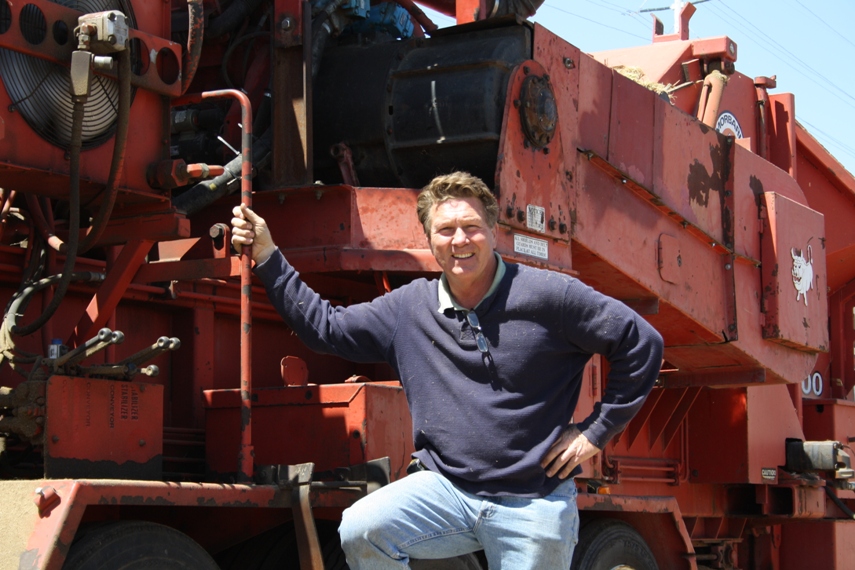 Little, the son of former Democratic Assemblywoman Patricia Little, owns Landfill Alternative, a company that converts recycled landscape trimmings, called “green organics,” into biomass. The biomass is subsequently converted into gas energy through a process called “prylosis.” It’s a project he’s been working on since 2000.

Currently, Little runs his operation out of the Silver Dollar Recycling facility in North Las Vegas. That’s after the Southern Nevada Health District — wearing its “Solid Waste Management Authority” hat — pressured him for three years to shut down the operation on his rural Moapa Valley property.

“I had hoped and planned that the renewable-energy gasification portion of my work could be presented in the 2013 Nevada Legislative session,” Little wrote in an October 2012 letter to Glen Savage, SNHD environmental-health director.

“Your agency has delayed these efforts by two years and cost me nearly four years of procurement work, insisting I apply for and receive a SNHD composting permit.”

Little first met with Health District officials in September 2010 and explained his intention to cultivate and convert green organic material into energy on his Moapa Valley farm property.

After the meeting, the Health District told Little he didn’t need a permit.

In 2011, however, the Health District wrote that it had “received a complaint” from the federal Bureau of Land Management that Little was using too much green material for the size of his property.

After an investigation, SNHD sent Little a cease-and-desist order and a $5,000 fine for operating a “solid waste disposal site” without a permit. The district also threatened to fine him $6,000 per day if he failed to comply with the order.

Little fought the fine, saying his property complied with the state law that governs solid waste management, NRS 444.620, and that he had Clark County zoning permits for M-2 Heavy Industrial storage.

Furthermore, Little argued, his operation was an agricultural facility, as he was growing on his property the green organic material that he’d be converting into energy, and that it was not a traditional disposal site.

The Health District countered that if Little’s property wasn’t a disposal site, then he’d need another permit for farming or agricultural use.

Little argued that because he’d worked with the Nevada System of Higher Education in researching his project, his operation fell under Nevada law that encourages NSHE to pursue joint ventures with entrepreneurs for biomass-conversion pilot programs.

Although Little took SNHD to District Court, SNHD succeeded in shutting down his Moapa Valley operations

Little persevered, relocating a portion of his green organic production to California and continuing with his research and development.

While government subsidies are attached to many green-energy projects across the country, Little continues to seek private investment capital for his company.

“I had to do the research and make sure I developed a sound business plan for my project,” he told Nevada Journal. “I wouldn’t be doing this if I didn’t have the research and believe there was a market for this.”

Little’s struggle with SNHD and the federal BLM, it turns out, is part of a nationwide pattern — a de facto double standard.

Private energy projects across the country — even the 45 percent of them developing renewable energy — are routinely stalled by government regulators and green activists, according to Project No Project, a 2011 report published by the U.S Chamber of Commerce. That’s caused the loss of some 1.9 million new U.S. jobs, the report estimated.

Of the energy-related projects that received federal stimulus funding, however, 98 percent received special regulatory exemptions, according to a 2010 report by the Obama Administration’s Council on Environmental Quality.

In Nevada alone, over $1.3 billion in federal subsidies have gone to green-energy companies since passage of the 2009 Recovery Act, which paid out over $30 billion nationally in taxpayer-funded stimulus money to energy-related projects.

Coffin especially has long been a proponent of biomass conversion, dating back to his support of SJR 11 during the 2007 Legislative Session, which encouraged private-public partnerships for biomass energy production.

During the current session, Little has been meeting with Assembly Speaker Marilyn Kirkpatrick, D-Clark, and Sen. Aaron Ford, D-Clark, chair of the Senate Natural Resources committee, to seek a reduction in the regulatory burdens on entrepreneurs like himself and move his project closer to fulfillment.

“This isn’t a partisan issue; it’s a common sense issue,” he said. “This [regulatory reform] is something you’d like to think every politician would like to see happen.”

Little, who attended Texas A&M, has been approached by Texas officials suggesting he relocate to their state and pursue his projects there. Lone Star State officials aggressively recruit out-of-state businesses to move to Texas, which is consistently listed as the top business-friendly state in the country.

So far, Little has resisted the invitation, noting he grew up in the Las Vegas valley. He also believes that if he someday does succeed in opening his facility, Las Vegas will offer better marketing opportunities.

Mike Little estimates he’s spent 90 percent of his time in various courts fighting government. Compounding the difficulty, he must raise capital despite having to compete with government-subsidized firms.

Currently, using CAD software, he is developing a 3-D model of his proposed facility, which he plans to demonstrate to local officials in the near future.

Kyle Gillis is a reporter for Nevada Journal, a publication of the Nevada Policy Research Institute. For more in-depth reporting, visit https://nevadajournal.com/ and http://npri.org/.