‘You have every right to fight for your kids’

It was 1966 in Little Rock, Arkansas, and Virginia — one of about 135 black kids selected to desegregate Central High School — was talking with her father.

She was telling him how hard every day was and how horrible some of the white kids were acting. 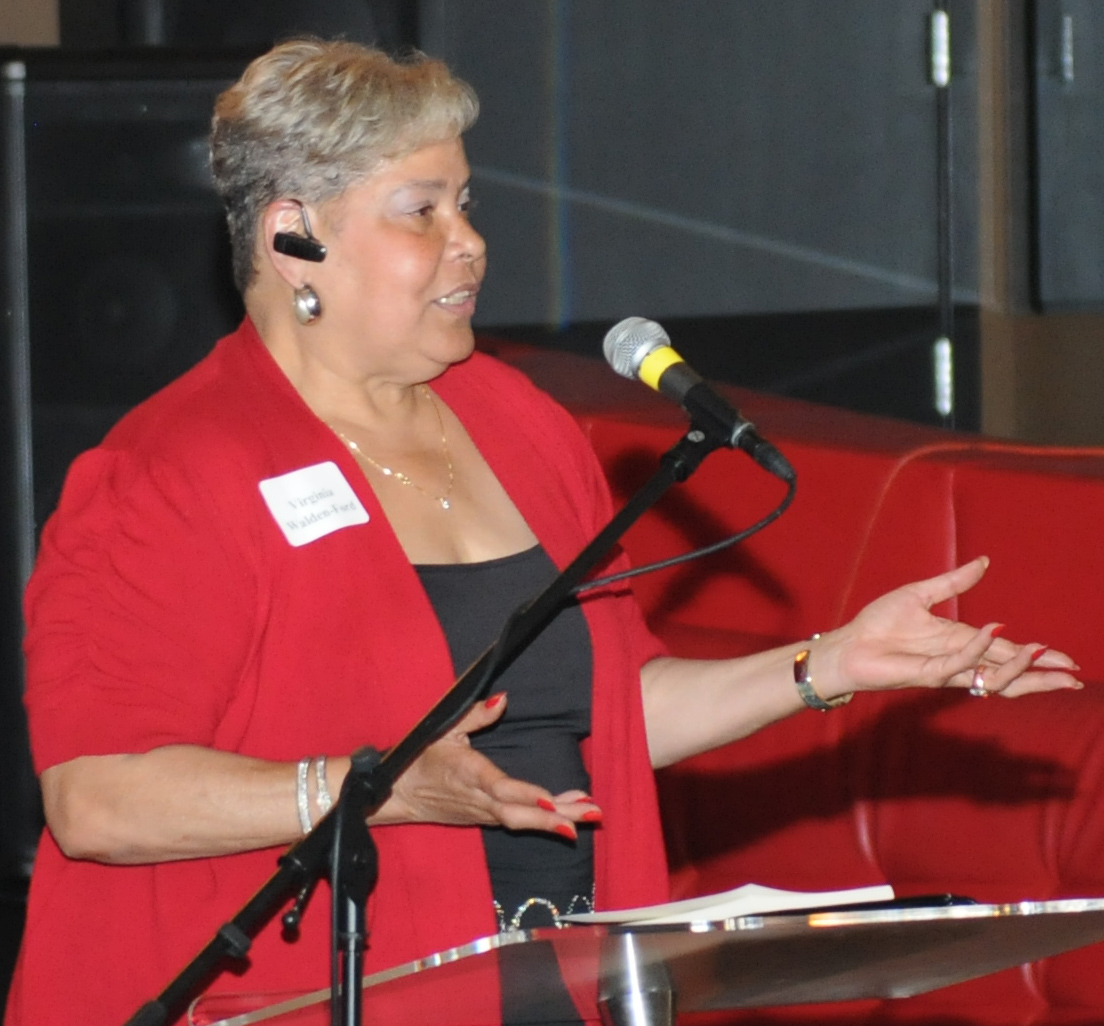 Almost 10 years before, Arkansas Gov. Orval Faubus, defying a federal court order, had used the state National Guard to block nine black students from attending Central High. Then U.S. President Dwight D. Eisenhower had federalized the Guard and, for good measure, sent in the 101st Airborne to protect the nine, even escorting them into class and through the halls.

By 1966, however, Central High was still not integrated. And Virginia and her twin sister Harrietta were experiencing what it was to desegregate a previously segregated public high school.

Of the Little Rock Nine, as they came to be known, eight had endured abuse and harassment throughout the 1957-58 school year. Then Faubus and voters blocked further desegregation by closing down all four Little Rock high schools. It was what came to be known, across the South — as five additional states shuttered their high schools — as the “Lost Year.” And the desegregation of publicly funded facilities remained a slow, uphill climb.

Still, as the 1966-67 school year loomed, much was in motion. Just two years earlier, the Civil Rights Act of 1964 had become law. The Johnson Administration and the national NAACP were pressing the locals to finally desegregate Little Rock Central High School. And young Virginia’s father was head of the Little Rock Urban League, while her uncle was head of the local NAACP.

So, Virginia and Harrietta were among some 135 kids who had been hand-picked to re-enter Central High. These were the children of teachers and preachers and civil rights activists, she recalls. As children who had already done well in school, their parents agreed, they were best equipped to make desegregation of the public schools work.

It was hard, though. So Virginia was talking to her dad.

It wasn’t as though he underestimated the challenge. A teacher and a principal, he would become the first black assistant superintendant in the Little Rock school district. Virginia’s mother was a teacher also — and one of the first black teachers to work at an all-white Little Rock elementary school.

“And my dad told me,” she says, “that I had a responsibility to go to Central and do well — because I had two young sisters, and if I didn’t go, what kind of message would that be for them?

“That carried over in my life,” she told Nevada Journal.

As understatements go, that’s a big one.

The legacy of her family’s deep commitment to education has been a central engine in Virginia’s life ever since.

Fast-forward to 1996. She was a divorced single parent in the District of Columbia. And while her first two children had done well in school, her 13-year-old son, William, was struggling. The DC school district was violent and gang-ridden, with metal detectors at school doors to keep out students’ guns and knives. Not only had William been beaten up, but the district was recognized as the nation’s fourth worst.

Then, out of the blue, Bob, a neighbor for whom young William sometimes cut grass — a family man concerned for fatherless boys in the neighborhood — approached her with an offer: He would privately fund a scholarship to allow William to exit the public schools and attend a small nearby Catholic school, Archbishop John Carroll High School.

“Of course, men say all kinds of stuff,” she recounts. “But this guy, there was something really sincere about him when he said he wanted to help. And interestingly enough, my son is now 31, and he still loves this man. He was 13 when it happened.

“It was amazing. We saw how, if you invest in a child, if you raise your expectations, then kids will respond.

“When I’d ask William why, in that school, he was doing so much better, he said, ‘Because people cared about whether I learn.’”

“So, he did. He just stepped up and did incredibly well.” A student athlete who was valedictorian of his graduating class, William then served eight years in the U.S. Marines. He now works for UPS.

But Walden-Ford still thinks about the five little boys who used to hang out with William when he was small, some of whom weren’t so lucky.

“But the three who did not move out of D.C., it always breaks my heart when I see them. Because as little boys — first, second and third grade — they were a part of our lives, and I watched them grow up and I watched them bang their heads against brick walls, trying to do well, and how they weren’t supported.

“Many times I said to their mothers, ‘You know, they need to be in other kinds of environments,’ but none of them could afford private school.

“I mean, that wasn’t even on the radar for us, until Bob brought it up with me.

“That was something I wouldn’t even remotely have thought about. There were no charter schools back in those days. So these kids, at one point, they all reached this fork in the road. And the three who have not done well — who I still love and who I still see, when I’m in D.C. — they found that they didn’t have the support. And it breaks my heart.

“So that’s how I got involved. I saw what happened with my child, and I looked around and I didn’t see any support for my neighbors and their children.”

Nevertheless by 1997 there was movement in Congress, the ultimate governing authority of the District of Columbia. A bipartisan group — Republicans and Democrats both — wanted to pass a $2,500 scholarship program for 2,500 DC kids.

Walden-Ford says when she read about it in the paper, she thought, “That’s really interesting that my son has just gotten this scholarship and he’s doing well, and now they’re proposing a whole scholarship program.”

Then she herself was contacted. The program’s advocates were looking for parents who’d be willing to testify before Congress on the idea, and she thought: “I’m one. I can do that.”

Thirty years before, her father had appealed to a young Virginia’s sense of responsibility for her siblings. Now it was aroused again.

“And so I testified before Congress about how important it is to find schools that actually work for kids, instead of vice-versa. And it started just this big influx of parents coming in, saying, ‘I feel the same way. DC has got to change. We need to do something different.’

“So we organized parents — got parents to go talk to Members of Congress.”

It was a big deal for all the parents, including her, says Walden-Ford. “You know, I was just a regular parent, and I had to learn how to use my own voice, and teach others how to use theirs. And we were actually able to get that legislation passed in the House and the Senate, before President Clinton vetoed it.”

Clinton’s veto was hard to take, she says. Nevertheless, she turned to assisting DC parents start charter schools. Initially, she was involved with 18 new such schools, and notes that today the district has 99. Recently she was told, she said, that 47 percent of Washington, D.C. kids now attend charter schools.

Then, in 2002, she got a telephone call from Congressman Jeff Flake from Arizona. He wanted to again propose a scholarship program for DC, and had heard Walden-Ford worked with parents.

“And that was the point where Members of Congress started believing that maybe we could get something through Congress for the kids. And because President Bush believed in school choice, we knew it wouldn’t be vetoed if we could get it through Congress. So there began our fight to get the Opportunity Scholarships” — legislation that was ultimately signed into law in 2004.

Walden-Ford observes that when minority parents start out attempting to deal with public school systems, few of them “have a clue.” And very frequently they — with good reason — fear that if they speak out, hostile teachers and administrators will make their children suffer.

But there’s a solution to that dilemma — one she explains in a book she published for such parents: Voices, Choices, and Second Chances: How to Win the Battle to Bring Opportunity Scholarships to Your State.

The answer, says Walden-Ford, lies with numbers: “You need an army. … The larger our numbers, the less fear there was.”

She was speaking of a lesson demonstrated organizing black and Hispanic parents in Washington D.C.

But it could also have been a lesson she first learned in the 1960s — when she, her sister and some 133 other black teens desegregated Little Rock’s Central High.