LAS VEGAS — The deeper meaning of data on TransparentNevada, the searchable database of government employee salaries provided by NPRI as a public service, is going to become more accessible, according to Victor Joecks, the Institute’s executive vice president.

In the seven years of the website’s existence, said Joecks, TransparentNevada.com has given the public unprecedented access to government compensation information, and, along the way, exposed compensation packages inflated by excessive overtime, sick leave/vacation sell backs and salary and benefit packages far out of line with the private sector.

Clark County and the cities of Las Vegas, Henderson and North Las Vegas — the four biggest government entities in Southern Nevada — have overlap in many executive job categories. And charts, below, provide an easy way to compare compensation in those categories.

While comparable in many respects, these four agencies have some obvious differences: 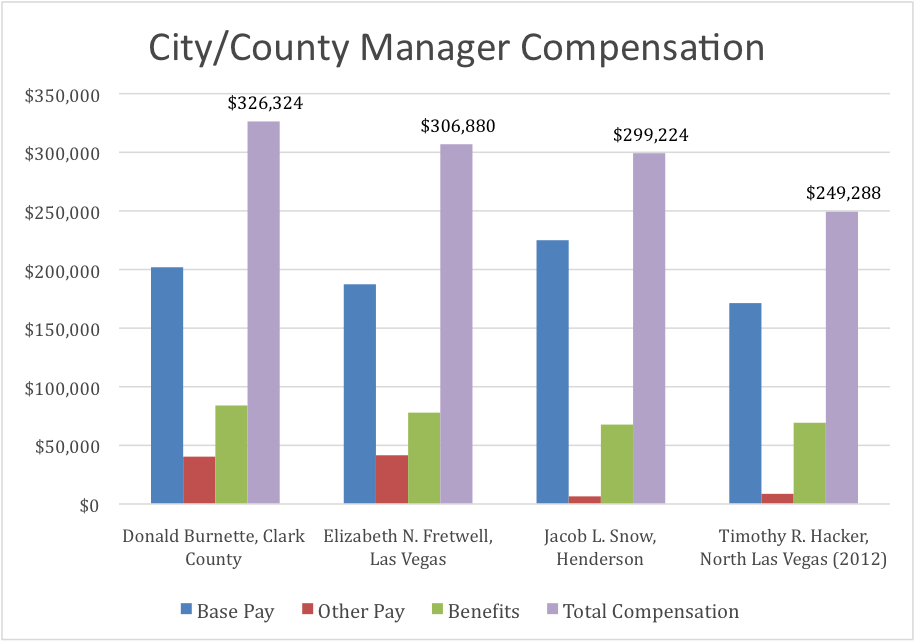 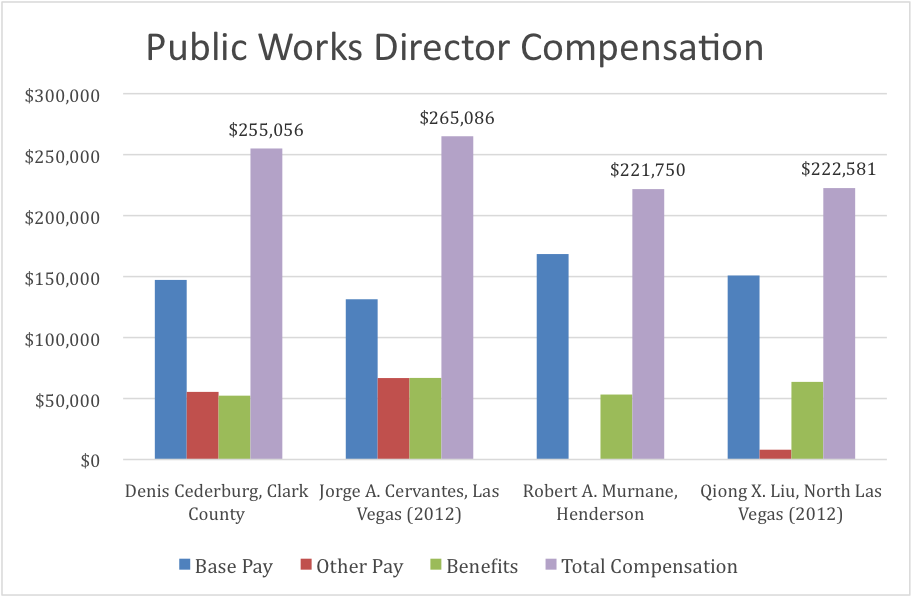 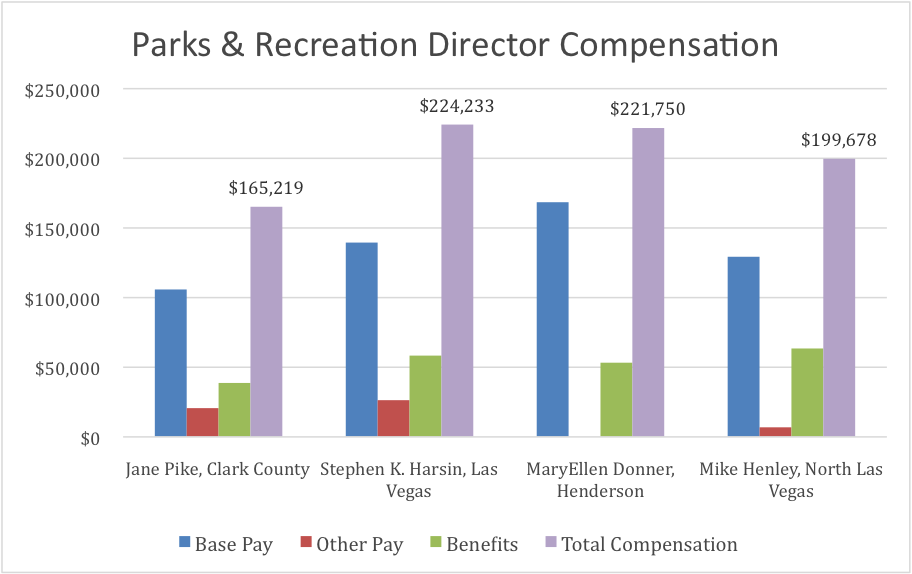 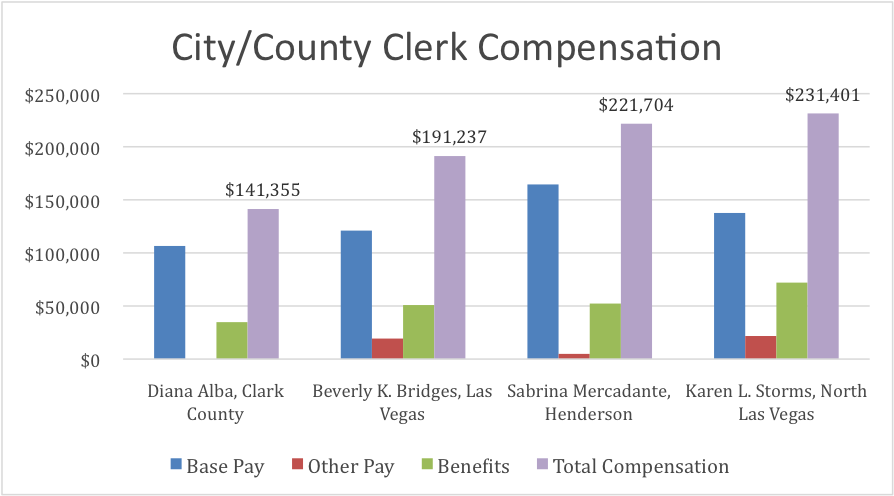 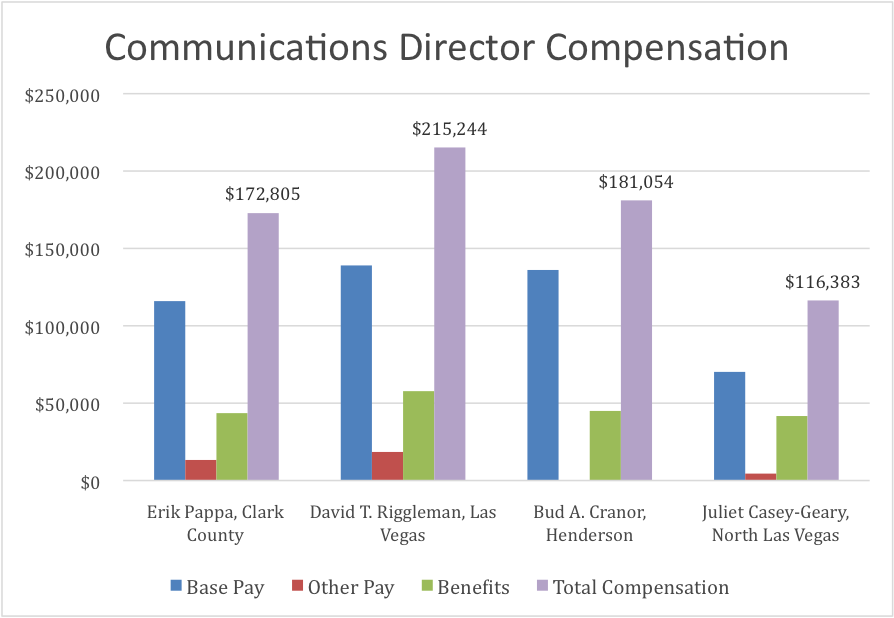 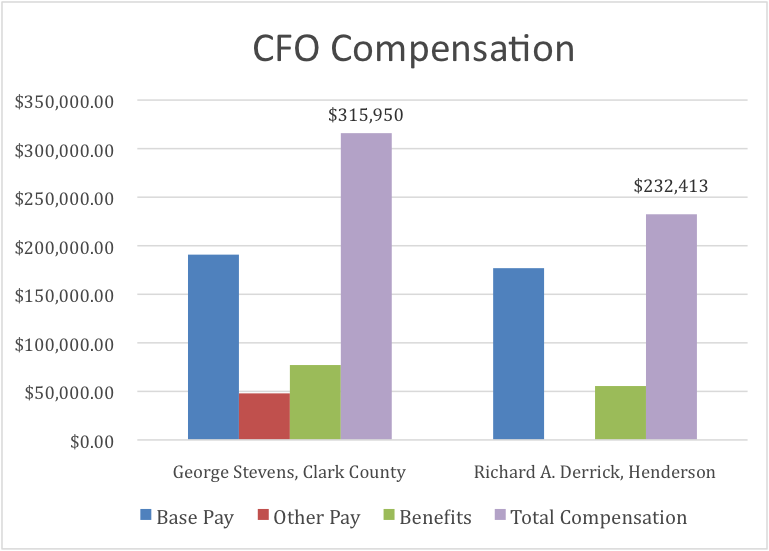 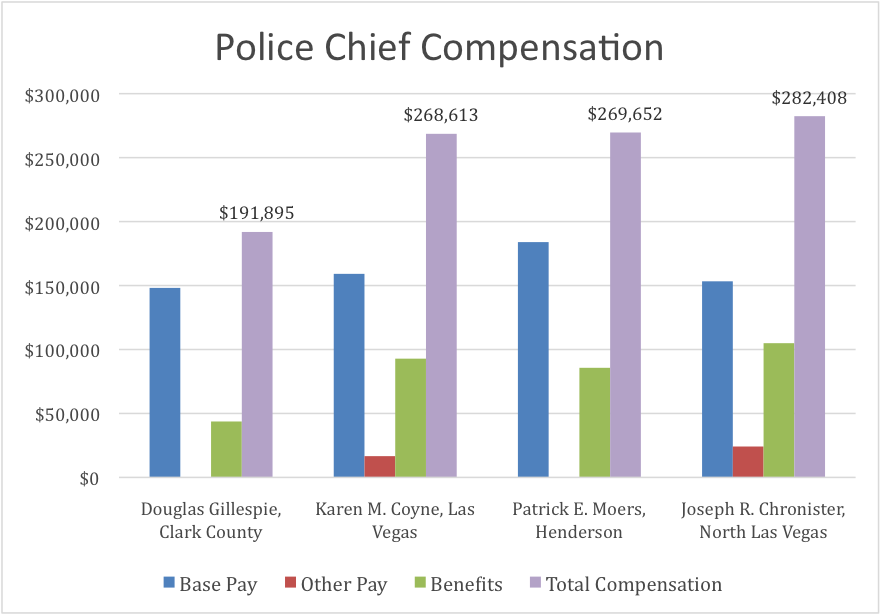 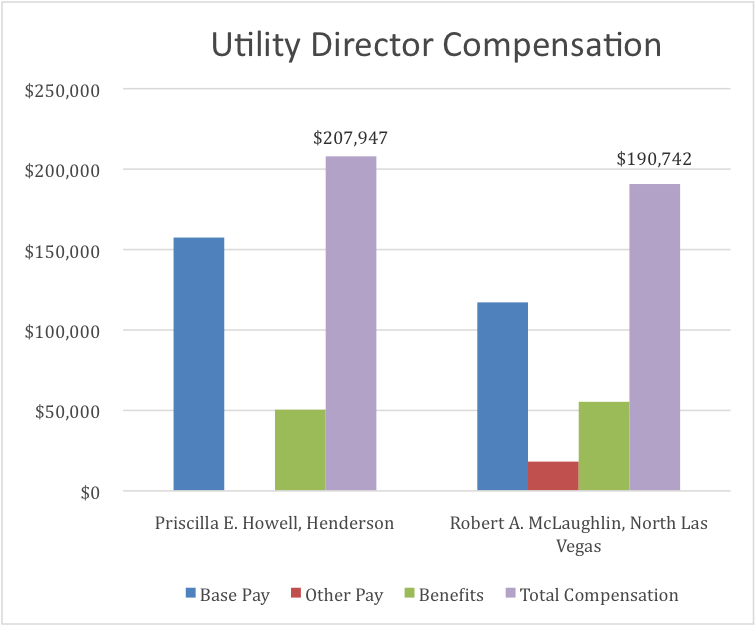 As the charts reveal, salary and benefit packages for top officials in these four government agencies are extremely generous. Almost all make over $200,000 a year in total compensation and many approach or exceed $300,000 a year — putting these individuals among the richest Nevadans.

Within each government, the path to high compensation differs. In almost all cases, the City of Henderson pays its employees the highest base salary of the four. Other agencies, however, provide their employees with tens of thousands of dollars in other compensation categories. In positions like city/county manager, city attorney and public works director, this practice pushes total compensation for the Clark County and Las Vegas executives above that of their Henderson counterpart.

From a taxpayer perspective, dollars channeled under the heading of “other pay” or “benefits” are just as burdensome as dollars labeled “base salary.” That is why it is important to consider each government employee’s total compensation package.