Near the end of the 1860s, a series of terrible accidents in coalmines and on railroads dominated much of the news all around Europe.

Responding to the situation, the Reichstag passed the German Liability Act of 1871. It extended strict liability beyond Prussia to railroads throughout the entire newly unified German Empire. It also nullified a practice many Prussian railroads had been following: making employment conditional upon the employees contractually agreeing to waive their rights under the 1838 law.

The string of pro-worker decisions, reports Kleeberg, continued after 1871, when jurisdiction for the Prussian Railroad Law was transferred to the new German Supreme Commercial Court. The next year that court ruled that lost 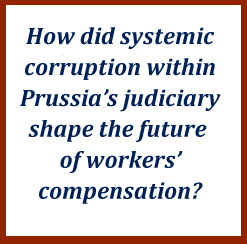 worker earnings must be compensated, and the year after that, ruled contributory negligence of the worker could not be a firm’s legal defense. Thus key elements of modern workers’ compensation statutes had already entered German law.

In this way, at the end of the 1870s, many more industrialists found themselves either facing significantly increased employee-accident litigation, or the risk of it. And even more appeared to be on the horizon: When passing the 1871 law, the Reichstag had almost expanded strict liability to mining as well. By the beginning of the 1880s, firms involved in heavy industry recognized they’d been put on notice.

Frequently, writers on the history of workers’ compensation describe business as though it were a monolithic force, fearful of the strict-liability standard. This was not the case in Germany in the early 1880s, just as it is not the case in America today.

In certain instances, business people recognize that a higher standard of obligation to their employees actually serves their companies better.

The German steel industrialist Alfred Krupp of Essen is a case in point. He introduced many social amenities for his workers, including health insurance in 1853, which became a compulsory plan in 1858, and disability pensions in 1858. But he opposed accident insurance, as such — fearing that the wrong incentives would result if workers were paid for accidents.

There was, admittedly, a less seemly dimension to Krupp’s advocacy for stricter liability. As Kleeberg explains:

[He] experienced much difficulty selling his product because the quality was too good. There was no need to use steel when iron would suffice. Only if steamship companies had to pay out huge amounts whenever the shaft of a side-wheeler broke, only if railroads had to pay compensation each time an axle shattered, could these potential customers be convinced to pay the extra money for steel shafts and steel axles.

Other steel industrialists also advocated a higher obligation for industry, in part for the same reasons. Karl Stumm of the Saar called for old age and disability insurance. He, too, was opposed to accident insurance because of the wrong incentives and moral hazard it introduced. He, too, preferred an expansion of the 1871 German Liability Act.

It was a dissenting steelmaker, C. Louis Baare of the Bochumer Verein, who constructed — and approached the Bismarck Ministry of Trade with — what can easily be recognized as the forerunner of today’s workers’ compensation.

Given what we know today of Bismarck’s obsessions — destroying free-market liberals, stealing socialists’ ideas, maximizing his own personal power, as well as his personal finances — it is easy to see why he found the basic outlines of Baare’s scheme strongly appealing.

First, Baare was fearful about the impact it would have on his own firm, Bochumer Verein, were the Reichstag to continue in its same direction and now extend strict liability to mines, as it had almost done in the 1838 bill. Bochumer Verein, a vertically integrated firm, operated coalmines in the Saar and the Ruhr, and so could face significant new expenses. Thus, as the 1880s opened, Baare sought to provide Berlin with a credible alternative to the entire strict-liability approach.

Bismarck had a similar vested interest in sidetracking any new laws or higher costs for mines. Notes Kleeberg: 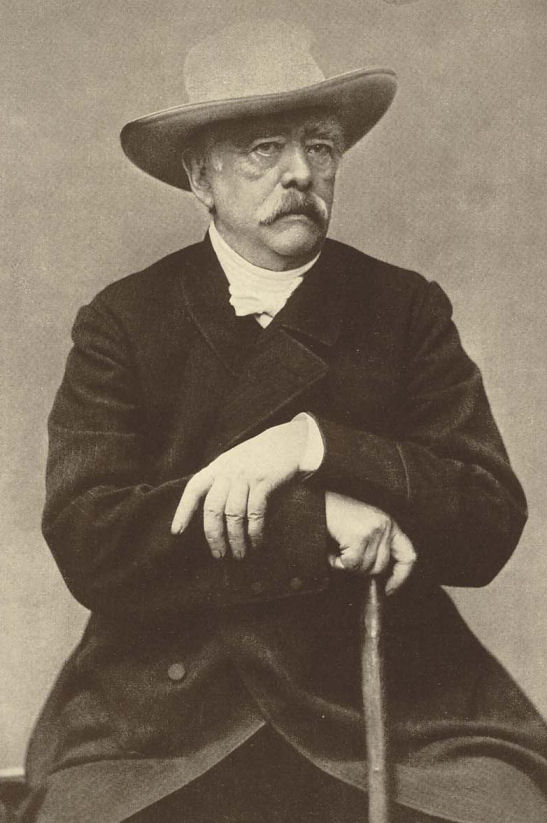 [He] understood himself to be an industrialist … and added more and more forests to his North German estates at Friedrichsruh and Varzin. He became an important lumber merchant and paper manufacturer. His lumber was sold to the Ruhr lumber merchant Friedrich Vohwinkel, who sold it to the coalmine “Hibernia” for pit props.

Bismarck detested factory inspectors — with good reason, given that they found violations in his lumberyards and paper mills. Bismarck did not want to follow the lead of British factory legislation and forbid Sunday work, child labor, and female labor, since all of these elements were necessary to run his industrial establishments at a profit.

Second, Baare — as he attempted to present his own scheme as credible because superior to the piece-meal strict-liability approach the Reichstag had been pursuing — argued that 80 percent of German accidents were being ignored by the 1871 law. His proposal, however, would bring protection to all accident victims.

This dovetailed nicely with an agenda Bismarck had announced in the Reichstag in 1879 — that he intended not merely to suppress Socialism, but to remove the very causes of it by statist legislation of a “paternal” character.

The one thing we can be sure about is that once Bismarck had seen the political desirability for raising up the poor and the oppressed, it would have been wholly and absolutely out of character for him to permit any other individual, group, party, or class to take the necessary action and acquire the credit for it. The state in its care for the common people must be shown to be superior in all ways to any political party. He, Bismarck, was the state.

Moreover, notes the historian, a distinct element of psychopathy was present within Bismarck’s eagerness to institute multiple forms of state socialism in order to fight Socialism:

The depth of Bismarck’s hatred of Socialism is rarely stressed as it should be. There was a strain of insanity running through it.

There was yet a third major factor in Bismarck’s preference for the Baare approach.

The steel industrialist knew that the primary concern of German businesses was the looming cost burden. So, under Baare’s plan, half of the costs were not borne by business. Instead, workers would pay one quarter, while local German governments would fund the final quarter.

Such a division was absolutely necessary for Baare’s scheme to have any chance at all, because — as he knew — it would exceed in expense the strict liability regime that business wanted to avoid.

While it might be thought that an overly expensive proposal that required hefty new government subsidies would have little chance with most governments, Prussia was no normal government.

In Bismarck’s view, the Baare scheme’s need for government subsidies was — 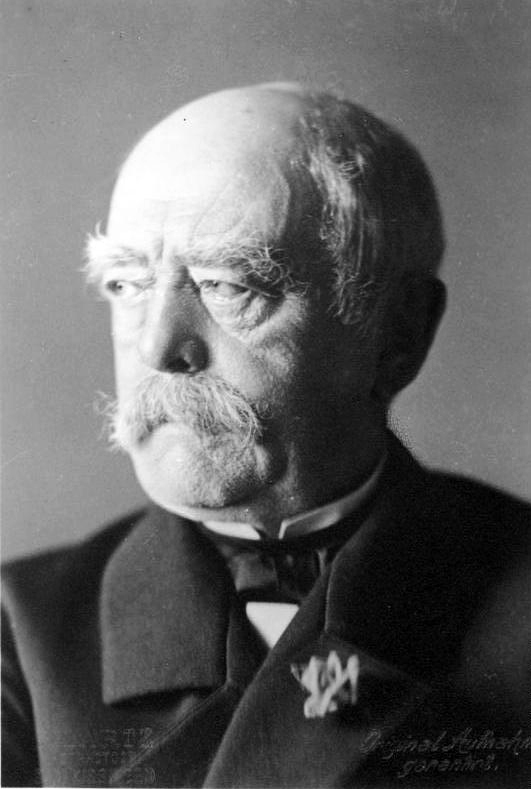 to use a modern distinction — not a “bug,” but a “feature.” For some time he had been looking for a program or long-term project that would justify further expansion of the Prussian state and justify the state monopoly on tobacco sales he wanted to establish.

Version one of the legislation

Thus, when the first accident insurance draft was submitted to the 1881 Reichstag, it built on “the crucial legal innovation of the Baare proposal,” in the words of Dr. Isabela Mares:

Bismarck seized the immense political opportunities that resulted from employers’ attempts to depart from the preexisting legal tradition that linked compensation of the victims of workplace accidents with the proof of absence of individual fault. A large number of legal obstacles to the compensation of the victim of workplace accidents — which under private law could result in a denial of accident benefits — were simply eliminated in the public law solution. Compulsory insurance under public law replaced the liability principle.

Now that he had the opening, Bismarck immediately dropped multiple policy preferences of employers that Baare had included in his proposal. “[T]he objections of employers are no longer to be considered,” he remarked, at one point.

Where Baare and the Central Federation of German Industrialists (CFGI) had proposed administrative centers dispersed throughout Germany, the bill submitted by Bismarck to the Reichstag instead proposed the creation of a powerful centralized administration under an Imperial Insurance Board.

Where the Baare / CFGI proposal had envisioned a broad extension of its social insurance to all employees in multiple occupations — including agricultural occupations that used machines in their production process, the legislation Bismarck introduced omitted any such coverage for agricultural workers — thus exempting employees on his own and other Junkers’ landed estates.

And where the Baare bill would have financed half of the costs by employers, with the other half divided among workers and communities, Bismarck’s bill — consistent with the chancellor’s effort to increase the feeling of dependency on the generosity of the state among German workers — explicitly rejected the participation of employees in the financing of social insurance. Instead, the employers were to pay two-thirds, with the central government paying the remaining third.

Bismarck’s initial bill, however, was rejected by a large majority of the members of the Reichstag.

What were considered the left-liberal political parties of the day — primarily the German Progressive Party and the Liberal Union — were most vehement, denouncing it as “the last clash among the absolutist state and the state of free development.” However, even the more centrist National Liberal Party, though more open to the idea of compulsory insurance, rejected the monopolization of insurance by the state, calling the creation of the Imperial Insurance Board an “illegitimate form of state socialism.”

Faced with resounding defeat on his first bill, Bismarck signaled Baare that he was willing to consider a policy alternative that “relied on small associations to administer accident insurance.” Yet his second draft was heavily encumbered with what appeared a capricious and arbitrary division of industries into risk categories, such that, reportedly, shipbuilding and noodle-fabrication were in one and the chocolate industry and blast furnaces in another.

A more modest third draft gave employers broad prerogatives in the administration of the risk pools, and the Catholic Zentrum bloc signaled support — with only one remaining objection: Bismarck’s eagerness for the Prussian state to subsidize the new social insurance. 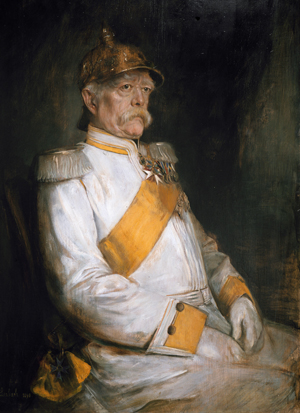 Bismarck argued that he just wanted to prevent the “burdening of the industry with the full costs of social insurance” — and the Central Federation of German Industrialists lobbied for the subsidies. However, virtually all the Reichstag’s major blocs were opposed.

Thus, what would turn out to be the template for compulsory accident insurance was set: It would be entirely financed by employers. Moreover, litigation costs were to increase, not decrease.

Baare had argued that while 80 percent of accidents were not covered by the existing German liability laws, the remaining 20 percent of accident claims still required costly litigation to resolve. That percentage, he contended, could be much reduced by his proposal’s “no fault” approach.

Yet, under the new scheme as finally passed by the Reichstag, workers were relieved of litigation costs, as employers now had to pay the cost of the disputes before the risk groups.

So, while the German government did pay the cost of a final round of appeals litigation was now costless for the plaintiffs, and the number of cases exploded.

However, when Bismarck’s tobacco monopoly proposal was voted down, he lost interest in national health insurance. Although such social insurance is frequently said to be one of Bismarck’s greatest achievements, he — ironically — did not even deem it worth of mentioning in his memoirs.

Steven Miller is the managing editor of Nevada Journal.