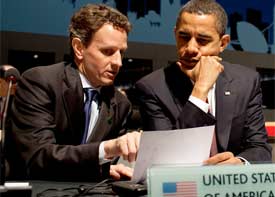 Between February 2009, when the program was first announced, and June 30, 2012, when the most current federal data ends, 89,293 underwater Silver State homeowners had applied for HAMP mortgage modifications, the data indicates.

Of those, 16,777 reportedly succeeded in procuring the HAMP program’s so-called “permanent” — i.e., five-year — modifications to their mortgages, allowing them lower monthly payments during that period.

Another 1,094 are listed by the government as currently participating in the trial period of at least three months required before a “permanent” modification can be offered them.

And 58 homeowners paid off their loans, according to the Treasury data.

That leaves 68,364 Nevadans who, according to the data, sought to participate, but, for one reason or another, were not allowed into the program. An examination of the data suggests that theoretically, as many as a third of them could actually have been damaged, financially or otherwise, by their involvement with HAMP.

The Treasury department’s data is based on reports submitted by mortgage-servicing companies, according to department spokesperson Andrea Risotto.

However, according to Neil Barofsky, who served three-and-a-half years as Special Inspector General for oversight of the federal TARP program, including HAMP, the integrity of the data in the servicer reports was, at best, highly suspect:

The servicers’ performance was abysmal: they routinely “lost” or misplaced borrowers’ documents, with one servicer telling us that a subcontractor had lost an entire trove of HAMP materials.

Borrowers routinely complained that they’d had to send their documents to their servicers multiple times— a survey by ProPublica found that borrowers had to submit documents on average six times— but the servicers would still claim that the documents had never been received and then foreclose. . . .

Aggravating the problem was that the design of the program potentially rewarded servicers who “lost” documents: it could be more profitable for a servicer to drag out trial modifications and eventually foreclose than to award the borrowers quick permanent modifications. . . . (Bailout, page 151.)

In Bailout, where Barofsky spoke only for himself, he was less diplomatic:

Worse, though Treasury provided various “directives” to the servicers, [those “directives”] shifted constantly, making compliance all but impossible. Documentation guidelines, for example, were changed routinely, exacerbating a quickly emerging problem with the servicers’ incompetent handling of borrower documents. (Bailout, page 134.)

Another reason, noted SIGTARP, was that Treasury never gave servicers guidance on how to train employees to “execute the program’s modification waterfall [i.e., steps in qualifying a modification], run the latest version of the net present value model, and verify income.”

The picture drawn by the man charged by Congress with monitoring the Obama administration’s HAMP program is of a Treasury Department that had been staffed by top appointees who were full of arrogance but seriously lacking in practical knowledge about the U.S. mortgage industry.

A major example was how Treasury kept firing off directives to America’s mortgage servicers, decreeing that they turn on a dime and adopt a significantly different and new business model, when they had little incentive to actually do so.

Traditionally, the primary role of a servicer is to collect monthly mortgage payments and to foreclose on properties when such payments are missed. In HAMP, in addition to collecting monthly mortgage payments, servicers now must train personnel to follow the program guidelines in determining a borrower’s eligibility, execute the program’s modification waterfall, run the latest version of the net present value model, and verify income. Indeed, the servicers reported rapid increases in their staffing levels. These new personnel also needed training to implement HAMP, which likely increased the lead time to offer HAMP modifications. As an example, one servicer had not completed formal training as of our September 2009 visit, with the servicer indicating staff was not scheduled to attend training until the month following our visit. It is important for personnel to have proper training to reinforce consistency in the execution of those modifications. Despite the importance to the program’s success, all five servicers interviewed by SIGTARP in connection with the audit reported that they had received no formal guidance from Treasury on how to train their personnel to handle HAMP modification requests. (Page 25. Emphasis added.)

One important consequence today is that the only nationwide data for the HAMP program that America possesses is dubious: It is the data provided Treasury by servicers — known, to quote Bailout, for their “incompetent handling of borrower documents” — and passed on by Treasury to the public.

The major damage that Treasury did to American and Nevada homeowners occurred, in Barofsky’s view, when Treasury Secretary Timothy Geithner and others in the administration “panicked” in 2009. Because it was already apparent that HAMP was turning out to be a practical — and thus also political — dud, with few trial modifications taking place,

Treasury pressured the servicers to . . . turn to the exact same tactic used by the banks in the lead-up to the financial crisis: undocumented “verbal” trial modifications. For “verbals,” the servicer could put the borrower into a trial modification based on a single telephone call but couldn’t convert it into a “permanent” HAMP modification (at which point Treasury would start paying incentives) until the servicer received and processed all of the underlying documents.

Our ongoing reports would eventually detail how Treasury’s pressure to loosen their up-front documentation requirements had led to the victimization of many home owners.

The flood of trial modifications caused the servicers’ systems to first buckle and then break as borrowers seeking to make their modifications permanent flooded the underequipped servicers with millions of pages of documents. The servicers’ performance was abysmal: they routinely “lost” or misplaced borrowers’ documents, with one servicer telling us that a subcontractor had lost an entire trove of HAMP materials. Borrowers routinely complained that they’d had to send their documents to their servicers multiple times— a survey by ProPublica found that borrowers had to submit documents on average six times— but the servicers would still claim that the documents had never been received and then foreclose. The sheer volume also meant that fully qualified borrowers got lost in the storm; servicers would later confess to us that the sheer volume from Treasury’s verbal trial modification surge made it nearly impossible for them to separate the modifications that fully qualified and had a chance to be successful from those that were hopeless.

Servicers could put just about any borrowers they chose into verbal trial modifications to pump up their numbers and then could refuse to convert them to permanent status as long as just a single document was supposedly outstanding. Aggravating the problem was that the design of the program potentially rewarded servicers who “lost” documents: it could be more profitable for a servicer to drag out trial modifications and eventually foreclose than to award the borrowers quick permanent modifications. Mortgage servicers earn profits from fees, particularly late fees, and under HAMP, Treasury allowed mortgage servicers to charge and accrue late fees for each month that borrowers were in trial modifications, even if the borrowers made every single payment under their trial plans. (The rationale was that by not making the full unmodified payment, the borrowers were technically “late” on each payment.) If the modifications were made permanent, Treasury required the servicer to waive the fees, but if the servicer canceled the modifications (say, for example, for the borrowers’ alleged failure to provide the necessary documents), the servicer could typically collect all of the accrued late fees once the homes were sold through foreclosure.

In other words, servicers could rack up fees by putting home owners into late fee– generating trial modification purgatory and then pulling the rug out from under them by failing their modification for “incomplete documentation,” which they did in droves.

So, how many Nevada homeowners were hurt by their involvement with HAMP?

Even if the public Treasury data is taken at face value, no exact answer is possible, because that kind of information was never sought by Treasury or servicers, and thus never documented.

At best, all researchers have access to are rough statistical possibilities, based on an assumption that the Treasury data has some relevance to the underlying realities experienced by homeowners.

On that assumption, Nevada Journal downloaded Treasury data for the states of the Mountain West and then processed it to exclude all non-Nevada information.

According to the remaining information, 68,364 Nevadans sought to participate in the HAMP mortgage-modification program, but were excluded under three general headings:

Inside the “Not approved or accepted” category were 14 subcategories:

Inside the “cancelled” category were 12 subcategories:

Inside the “disqualified” category were 10 subcategories:

It is noteworthy that, among those Nevadans who applied but were never approved or accepted into the HAMP program, the single largest reason listed, as reported to Treasury by the servicers, was that the Nevadans’ requests were allegedly “incomplete.” At 11,504, that constituted almost 25 percent of applicants.

Similarly, of those 11,769 Nevada homeowners who began trial modifications that were then cancelled — 4,860, or 41 percent — were also reported as “request incomplete.”

Note also that — according to the Treasury data — 5,334 of the Nevada homeowners began the trial modifications, but were then disqualified for no reported reason — the single largest subcategory of the disqualified. Similarly, of those 11,769 Nevada trial modifications begun and then “cancelled,” no reason for the cancellation was given for 1,413 of them.

Thus, according to the Treasury data, 6,747 Nevada households in total were excluded from HAMP for no discernible reason.

At best, Treasury’s own data reveals additional evidence that HAMP was a fundamentally inept and incoherent federal program. At worst, the outer parameters of Nevada households directly damaged by that program — adding those excluded for no discernible reason to those bounced out of it because servicers said their requests were “incomplete” — could arguably be as high as 23,000.

This July, Barofsky weighed in on TARP and HAMP once again, this time in a Bloomberg News commentary. “The missteps by Treasury have produced a valuable byproduct,” he argued, “the widespread anger that may contain the only hope for meaningful reform.”

“Americans should lose faith in their government,” he argued. “They should deplore the captured politicians and regulators who distributed tax dollars to the banks without insisting that they be accountable.

“The American people should be revolted by a financial system that rewards failure and protects those who drove it to the point of collapse and will undoubtedly do so again.”