LAS VEGAS — Come November, the fate of Nevada business owners — big and small — will be in the hands of voters.

For family-owned businesses like Las Vegas Window Tinting, the stakes are high: the imposition of the margin tax would slap owners Frank and Lelia Friedlander with an additional $24,000 tax bill.

Unlike a corporate income tax, the proposed two-percent margin tax would be levied on the revenue that passes through businesses’ registers, not the profit left over after bills are paid. This means struggling businesses stand to lose all of their profit, or worse, end up losing money at a time when many Nevada job-creators are still trying to fully recover from the Great Recession. 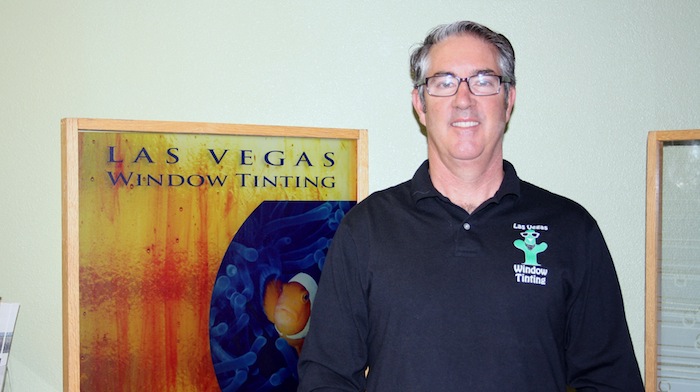 At the pit of the economic downturn, Las Vegas Window Tinting — family owned and operated by the Friedlanders for 22 years — employed six people, but since 2011, it has slowly grown to a full-time staff of 12.

Last year, revenues broke $1 million, and this year, Frank hopes to grow that number to $1.5 million. But the possibility of a hefty margin tax begs the question: If a business is about to cross the million-dollar-revenue threshold, should it hold back?

As soon as a business brings in a cent above $1 million in revenue, it would be subjected to a 2 percent tax on the $1,000,000.01 brought in, regardless of how much — if any — is profit. Because they don’t get to deduct the first $1 million in revenue, small businesses walking the $1 million line might then be encouraged to hold back growth, lest they be forced to pay a tax that could consume all their profit, or worse, put them in the red.

“Businesses that are right in that million-dollar-range will have decisions to make,” Frank said. “If we end up at $990,000 in December, it would make more sense to just close our doors for the month and for me to just pay my employees to stay home.”

Frank said he doesn’t want a “flawed” tax to dictate how he runs his business and he doesn’t plan on letting that happen.

“It’s not in my nature” to scale back, he said. “I’m still going to do the right thing by my people.”

Unlike many small businesses — such as mom-and-pop restaurants, locally-owned franchises and grocery stores — whose profit margins are slim and could be completely absorbed by the margin tax, Frank said the business he is in produces a “pretty good profit percentage.”

Even still, because the margin tax deals with revenue over profit, he would take a hard hit if the initiative passes. On the $500,000 in revenue his business will produce after the $1 million threshold, Frank estimates that he’ll make $75,000, but face a $24,000 margin-tax bill. That works out to a marginal tax rate of 32 percent of profit and is like an overall corporate tax rate of 10.6 percent. In comparison, high tax California’s corporate income tax is 8.86 percent.

Because he doesn’t plan to lay off workers or cut wages, Frank said the tax would hit him and his family.

“It’ll be an extra ($24,000) direct tax on me,” he said. “I want the schools to have all the money they need, but putting a new tax on businesses that will result in parents being laid off isn’t the answer.”